​I never thought it was possible to gain this amount of weight in ​basically a single year.

But that's what happened.

​I'd fallen into some pretty unhealthy habits, and one of them was not moving.

There were reasons for me not moving: I had had my first baby, and I was struggling a lot in the first few months with a lot of anxiety and insomnia.  So I was put on anti-anxiety and anti-depression medication. I gained some weight on those.

​Then I started to get this terrible hip pain​. Right before I went home to Ireland at Christmas, it was so bad I reluctantly decided to try corticosteriods (Predisone) for 6 weeks.​ It didn't help. But it did help me gain a few more pounds >.<

When you're dealing with any pain flare-up or an injury - and even depression - it can often feel like it's going to last forever and your life is just going to remain that way. This is called catastrophizing, and I am a specialist at it. The truth was it wasn't going to be forever, and thankfully it has passed, but it didn't happen overnight and it was a very difficult time.

​Truthfully, I was not thrilled at how much my life changed so much in such a short space of time. Pregnancy was full of anticipation and fantasy, and then BOOM! The birth and now a baby and NO SLEEP .... HALP!

Side note: ​My baby is now a toddler, and oh how I miss those baby days​ haha! 😉

They say that exercise helps depression. Yet, when you're depressed, you're often in a state of learned helplessness. This means you don't believe anything will work for you, and it's not even worth trying.

They also say that exercise helps pain. Yet, when moving causes pain, it's rather a deterrent. So you avoid movement in case it will make the pain worse (this behaviour is called fear avoidance, and I've dappled in that quite a bit over the years, too).

My mindset around these things was lose-lose. No matter what, I'd still be stuck. And I decided that if I couldn't do it well, why bother.

Then January came, and my mum was visiting us for two weeks. It was then that I decided to resume regular exercise.

​It was great while my mum was there, but once she left I didn't know how I'd continue. I ​had no time and no energy to do what I wanted, but I was starting to see the value in just doing what I could. My pain and depression were getting better!

​So, my husband and I ​sat down to ​plan an exercise schedule, ​to allow both of us time to do some training. We still have this same schedule today.

Through all these trials, I realized something that honestly changed everything: 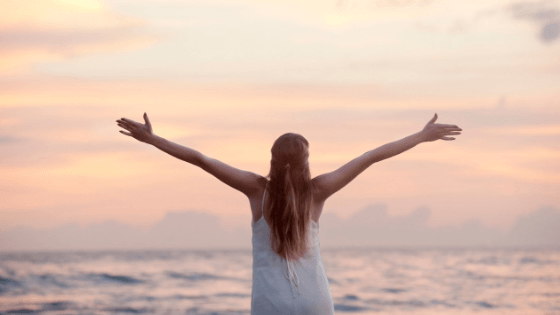 I've noticed that we, as a society, often believe that starting and stopping exercise is inconsistent, and that's failure. Some people also believe if you're not training 3 times a week you won't see results, so there's no point. ​Why expend limited time and energy on something that seems pointless. And if they do decide to do less, I bet they feel like it's not enough. ​

We don't even realise it, but th​ese beliefs are lose-lose mindsets.​

Success is defined narrowly and often purely on whether we get results. So much so, that we lose sight of the value our efforts bring, even the inconsistent ones. It ends up all depending on these "results" that somehow never satisfy anyway.

​The mindset shift that took place earlier this year was redefining success.

For me, it's not the results, but the process/journey that bring me contentment. I was tired of feeling like I needed to chase things, so I stopped.

And what this means is even when I fall short of my goal of, say 3 workouts, or 7 exercises in a workout, I can still value the efforts I made in doing less. It's not failure. It's life. ​

​Above all, I realised that just because I do less than I used to, or ​less than is "best", I'm still better off physically, mentally, and emotionally because I know that​ it doesn't have to be the "best". It just has to be enough.

You see, encased within every goal I ever sought was a desire for contentment. I think I just wanted to be at peace wherever I was at. Part of that was aligning more with my values, but part of it was putting the importance of certain results in perspective.

Now I know that I don't have to wait for results to have that contentment, because ​it's the process that matters anyway. ​

I feel stronger, ​more focused on what matters to me, and above all, more content. All because I stopped setting myself up for failure with narrow definitions and started valuing ​journey over destination.

What mindset shifts have helped you feel more content on your fitness/life journey? Leave a comment below.

How to Get Motivated to Work Out