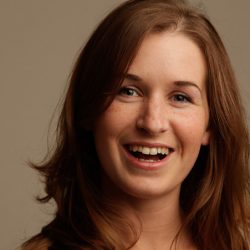 I believe that what you do in this world should have a positive impact on the lives of others.

I also believe that one of the biggest roadblocks to achieving that impact is mis-aligning what you do and how you do it, with who you are.

It’s never done purposely, but we collect beliefs about ourselves based on how we think other people have seen or treated us, based on what we’ve achieved or failed at, and we rarely question these assumptions about ourselves.

So why should you care about what I believe?

My name is Marianne Kane, and my life has been one giant mess of self-doubt. There are two intertwined journeys I would like to share: Personal and Professional.

Personally, I have journeyed from being an insecure, fearful, people-pleaser, unsure of where to place my feet or speak my voice out of a deep fear of being judged by others, to a woman (mostly) aligned with my values, rooted in my faith with a driving purpose to help others do the same. At a deeper level, I feel called to help inspire people to see themselves as God does: worthy of love, grace, and a life lived with a sense of meaning.

My personal growth made me realise that what I do must be an expression who I am, and not “just coz it’s better than nothing”. As a result, my professional journey has taken me from Cardiac Nursing to Fitness/life Coaching. Nursing was wonderful and I got to do a lot of good and learn a lot in the process. But I knew there was something else I was made for, and I knew that involved helping people outside of the hospital.

I fell into fitness after being diagnosed with an autoimmune pain disorder, called Ankylosis Spondylitis, which affects the connective tissue along the sacrum and spine (mostly). For the longest time I thought my body was broken and something to fix, and that’s actually why I started strength training. But over the years, I’ve learned that people are way more than machines and pain can be helped (not necessarily cured) by what we believe about ourselves. My body used to be a threat to my security in myself because I was so consumed with how acceptable it was, how enough I was. But I have grown to see my body, mind, and spirit not as broken pieces, but as evidence that I am equipped for whatever life throws my way.

What has that got to do with Fitness?

The fitness journey we take can actually skew our self-worth.

For a start, we often begin the journey thinking we’re ill-equipped, dysfunctional, and just plain not good enough. We see strength as something to be “added to us” rather than something we actually bring to the table simply by showing up.

Do you know how many people I hear from who believe they have something fundamentally wrong with them that they must “correct” BEFORE they can consider themselves “strong, fit, and healthy”? A lot.

Do you know how many people get so down on themselves because they can’t do all the things they think they should do BEFORE they’re doing fitness “properly”? A lot.

People who feel left behind by the fitness world because they feel like they’re doing all they can, but it’s still not enough, and it’s just not working for them…. so they feel like something must be wrong with them? Yep, you guessed it: a lot.

Did you know that the fitness industry is one giant rigged game that favours certain people?

It’s the fitness industry, NOT US, that’s ill-equipped. For a start, most trainers have been taught to see the body as a problem to be fixed, and they believe that one wrong move and you’ll blow up your back or your knees…. the premise is that the body is fragile and not robust, and as a result, so is the person inside.

And many people internalise that and it feeds an endless “failure” or “never enough” cycle.

Nope, nope, nope!! I hate this undertone, and I reject that as a flat-out lie. It’s not fair, and the evidence doesn’t support it.

As someone who has a chronic pain condition, it’s helped me greatly reduce my pain by learning how to trust my body more… as it IS, not holding that trust UNTIL it’s “fixed”.

Humans are wonderfully made, and I see it as my responsibility to help remove the burden of brokenness from my readers, my members, and hopefully from the coaching of other fitness professionals.

With my clients and members of Equipped with Strength (my workout membership), I use kettlebell and body weight strength and conditioning workouts as a way to coach self-belief; aligning strength with purpose, rather than status. Instead of chasing empty goals or being held back by fear, I guide others to take those first steps and prove to themselves they are stronger and more robust than they thought. Just showing up proves it!

Here’s something I learned the hard way:

If you don’t at least believe at a minimum that you have inherent value (doesn’t mean you’ll always feel it) then you’ll waste your gifts looking for external validation, rather than letting them shine as an expression of you for the good of the world. This doesn’t mean trying to be an island of strength who doesn’t need anyone else, it means accepting yourself as imperfect while still being confident in your worth and what you can offer the world anyway. Perfection isn’t for humans LOL

The mission of MyomyFitness and Equipped with Strength is to encourage and support people as they become the person THEY want to be.

I love seeing someone find THEIR “spot” for their health and fitness and, ultimately, LIVE with PURPOSE, not worrying about how they look, what needs fixed, or what goal they should chase next.

Sometimes that means helping people with their fitness programs, but more often it is in helping people let go of black and white thinking surrounding what to do for fitness, how much they “should do”, how to move more efficiently, and how to simply enjoy the journey.

It’s about trusting yourself so you nurture your robustness.

I believe this happens where the body, mind, and soul overlap.

We use cookies to ensure that we give you the best experience on our website. If you continue to use this site we will assume that you are happy with it.Ok