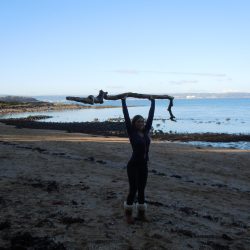 You don’t have to read these five strategies in order, but if you want to, you can read the previous ones here: Part 1 and Part 2.

I have often felt under some kind of slavery to my pain; like it was a cruel master taking away all my freedoms and my happiness – it’s the pain’s fault that I feel this way! This is a way of life I did not choose and it was one from which I could see no escape.

There are different ways you can respond to things like this … and, if I’m honest, I tend toward being negative. It’s hard for me to break free of thoughts and actions that actually make things worse. Now that I know that emotions, stress, worry play into a pain experience, it’s no wonder being helpless and self-obsessed (always thinking about my plight) only drags me down and makes me hurt more.  Am I really a slave, though?  Even if I was, is it possible to think in a way that at least frees the mind and soul which filters through to the body? YES there is!

Become as a child and….

Play/ use your imagination

When I was too sore to do any kind of weight training, I resorted to swimming. I love to swim, but I love lifting stuff more 😉 The compound has a nice big pool and the summer nights were hot enough to enjoy a few dozen laps… but I didn’t feel much better! Actually, swimming up and down was pretty boring! So one night, when the pool was empty, I decided to become that mermaid I used to imagine as a child just diving, tumbling and creating a narrative in my head about what I was *really* doing in this “sea”. I began enjoying the challenges of chasing imaginary fish and swimming from imaginary sharks. I did handstands, swam along the pool floor and broke all the rules of normal adult swimming etiquette.

Guess what happened to my pain? I have no idea, because while I was in “play mode” I lost all awareness of it.

And so, rather than go to the gym and second-guessing my movements, posture, alignment etc, I simply transported myself into another world where push-ups were part of a competition or some other kind of fun thing.  I began thinking about these movements in a completely different (and imaginary) situation.

As a child, I was super imaginative and I could be or do anything! I’ve lost a lot of that in adulthood, but I want it back! I want to use play and imagination to break down the walls I have built around myself.

A friend of mine (who I will hopefully interview on his pain experience) has used play remarkably well to move without pain. He uses the natural environment to create situations that he has to use many of the typical exercises he would have performed in the gym. He told me how when he’d go to the gym, Chin-ups and Pull-ups became impossible because as soon as he went to do them, his pain got really bad. He changed the environment (to a tree) and could leap over to a branch and do a muscle-up type movement PAIN FREE!

Not only is this awesome because it’s fun; it’s awesome because it proves that pain doesn’t always = injury. He had no structural problem that would justify the removal of that type of movement from his training. And just because you have more pain at certain times, doesn’t mean there is some injury getting worse. Remember: pain is an indicator of perceived threat by the nervous system and there are many systems and factors that influence your brain’s decision on whether pain is “necessary” and how much pain is “needed” <– and sometimes this decision is based on an over-reactive system.

Play and imagination might help “rewire” the circuits, because if a certain movement, in a certain situation has been causing pain, you can begin to show your nervous system that this movement doesn’t hurt in a different scenario. My friend was still doing pull-ups, but it was in a novel situation that then might allow his system to adapt and reduce pain if he returns to the gym. Maybe he can imagine he’s back in the forest, like I imagined I was a mermaid in the sea 😀

But that’s not all!

When I’m not exercising, I have found that being light-hearted, care-free, silly, and even just being caring and generous toward others (basically, forgetting about my own problems), I do not notice my pain, unless I happen to move in an awkward way.

You might say: “well, it’s impossible to be like that all that time!” and I agree. But what this knowledge has done for me is reduce the anxiety and catastrophising that I do because I *know* how much I can affect the suffering that accompanies my pain. I might have some level of pain each day, but I can remember how that pain can seem less or more simply by what “mode” I am in.  While there have been days that I felt I couldn’t take any more, every day has been a day that I *have* overcome – and that is victory!!