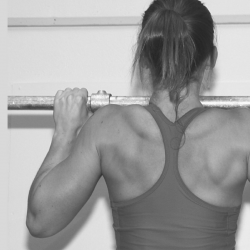 As a teenager in the early 1990’s, she was the first female character I had ever seen preparing for her big purpose by training her strength, becoming fit for purpose. She was determined, focused, and on a mission. 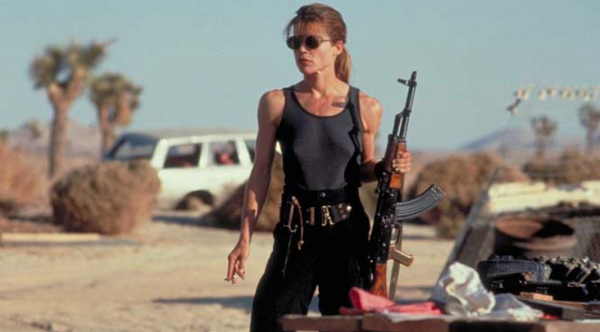 The people who inspire us offer a gift of possibility. Perhaps it even causes something within us to awaken that previously lay dormant. I believe that there is one thing that inspires more than any other: seeing someone not give up on something that holds meaning to them.

Here are 8 amazing people who did just that. Each one of them reached for the bar and tried pull-ups again and again until they succeeded. At some point in each story their inner critic had thrown some kind of objection at them about why they may fail. What stands out to me is the common thread of perseverance: “continued effort to do or achieve something despite difficulties, failure, or opposition” ~ Merriam Webster Dictionary

I’m hoping this post will inspire you do something that holds meaning but that you might currently believe too difficult. Whatever that thing is for you (pull-ups or not), the important question is not if it’s difficult, but if it’s worth it.

Molly shows us what’s possible even when you think your body may work against you.

There’s nothing quite like the feeling of being able to pull yourself up over the pull-up bar. It makes me feel powerful, capable and independent. I love it’s carryover into real life (I had to hop an 8 foot fence the other day when I locked myself out of my house and I never could have done it without my pull-up ability!) and I love how unexpected it is that a super-tall, 165+ pound woman with super-long arms would be able to walk up to a pull-up bar and knock out a set. So of course that’s what I like to do.

Before, I don’t know if I thought they weren’t for me but I was very jealous of my friend who could do like, 12! I definitely went into it thinking about how much harder they be for me with my heavier body and long arms. They ARE VERY HARD, but also DOABLE!”

Chris has been my online client for 4 years and he has shown me time and time again what perseverance can help you do. 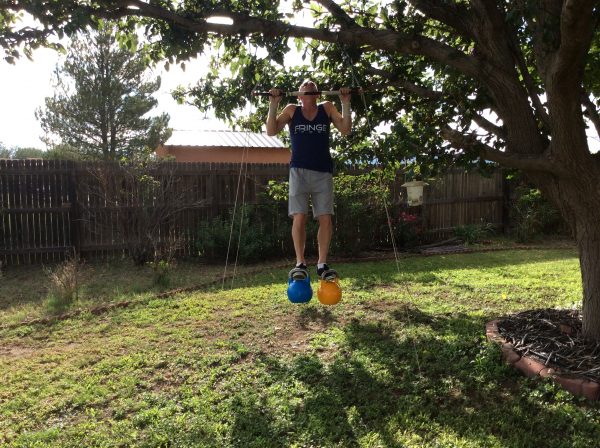 Sometimes the reward is not the goal. I am 5’7″ and weighed 189 lbs. I got tired of being fat, so I took it off in a very aggressive manner (daily heavy bag work, sky high BOSU jump and sticks, and push ups) I went to 157 in 6 weeks. I used to be strong in both chin ups and pull ups, but I promised myself I would not try them until I lost 30lbs, so as not to embarrass myself. After the weight loss I went up to the bar and did a chin up; then I tried a pull up and did three. After I finished I thought, “Holy crap, that was easy!”

Thinking back to my first pull up kind of makes me laugh (triumphantly though!) I got one of those over the door pull up bars on a whim from the sporting goods store. I sale shop like a boss, what can I say. Anyways I remember putting it up and thinking to myself that this was going to go one of three ways. Option one: I don’t have it mounted right and I’ll end up hilariously landing on the floor. Option two: nothing is going to happen and I’ll be left with flashbacks of the embarrassing flex bar hang in Jr. high. Option three: success! Well I just gripped that bar and to my surprise I hoisted myself up over the bar. After my little happy dance in the hallway I remember it being such an empowering feeling and I was so proud of myself. Not only did I get my first pull up but I also did something that I wasn’t sure I could do. That to me was such a defining moment as I wanted to see how much more I could do. Since then I kept practicing and still do every week. With practice pull ups have become something that I enjoy doing and look forward to progressing this skill.

Before, I honestly didn’t think that I could do them. I thought I didn’t have a strong upper body. I had a million silly little reasons but I’d never even tried. That was the odd thing. I finally decided to try because I was tired of thinking that way and I wanted to be more than I thought I was!”

Jen and I go way back to the beginning of Girls Gone Strong when she blew me away by making really difficult things look effortless. Of course I know they’re not, she just moves with grace 🙂 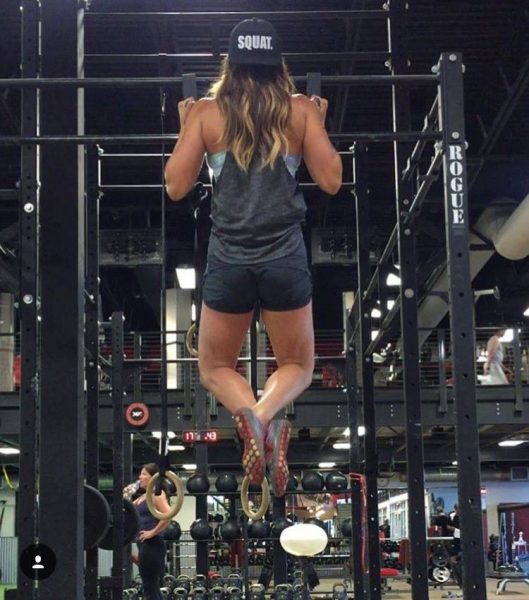 When I first started my fitness journey, I remember jumping up to grab the pull-up bar, pulling with all of my might, and to my dismay, not budging one single inch. From that point on, pull-ups seemed completely out of my reach, and they intimidated me. It wasn’t until years later, after focusing on a ton of strength work, that I re-visited them. I hopped up to the bar, and was able to do one! I remember feeling an immense sense of accomplishment, and even after developing impressive squat, bench, and deadlift numbers, a pull-up was what I became most proud of. It wasn’t long after I got my first one that I got my first set of three, then my first set of five, and I went on to build that number to an unbroken chain of 10.”

Moving countries has been tough on me mostly because I don’t have a network of friends. Nancy has become a great friend and source of strength for me and I’m grateful for her. How we met is a pretty funny story … for another day 😉

I really didn’t believe in myself. That’s held me back in most aspects of my life.

I don’t remember getting my first chin-up, but I remember getting 5! I was 28 when it happened.  My husband used to help me by giving me a push up to the bar. One day during our workout I did 5 and he told me he didn’t spot me at all. I didn’t believe him, so I tried it again. 5 more chin ups! I felt like such a strong badass! It was the beginning of me realizing I was strong and to believe in myself.

That’s the beauty of training: just when you think you can’t, you give it a try, and with practice and consistent work, voila! You’re doing what was once unthinkable.

One of the many people I miss from home. Clodagh and I met at my old gym where many of my videos have been filmed. She was my spin buddy and soon became one of my closest friends. She’s also a Personal Trainer.

I always wanted to be able to do pull-ups because they are impressive and it’s empowering to be able to lift your own body weight. While I had some self-doubt I still tried because to me it was worth the effort. I just kept practicing until one day I did it!”

Yvonne Halpin, 32, of @yoyohalpin and from Clonmel, Ireland

For those of you who are signed up to my Museletter, you will have received an invitation to Myomytv’s Closed Facebook group. Yvonne is part of the group and I have been inspired by her amazing strength videos which pop up from time to time in my newsfeed. Plus I’m on a mission to showcase other strong Irish women 🙂

I remember watching others in the gym flying up and down and thinking gosh, that’ll never be me! But after a few months of just practicing hangs and the slow downwards progression and using resistance bands it happened! I remember putting the band to one side and thinking “I’ll just try it” . I gripped the bar and squeezed everything and before I knew it I was up at the bar!! I got two in a row that day and I was elated!! It had seemed impossible; especially for someone with no athletic or sports background and there I was doing chins

it was such a great confidence boost and self earned which gave me a new sense of pride in this lil body!”

Now it’s your turn to share your pull-up story. Let me know how what this goal means to you, and whether you’ve succeeded yet.

Don’t miss it ===> Enrollment for The Pull-Up Academy is opening for the second time from September 18th-22nd. There’s only room for 25 participants, so get your name on the pre-enrollment list today 😀